Everything is fine in our new home and little by little we are getting used in our new life. However at times I get really nostalgic about our old house and neighborhood. I feel the need to say goodbye. Although it wasn't our own and had its disadvantages, such as golden kithchy mermaids on the bathroom tiles and a dreadful built in shelf unit in the living room, it has been our home for eight years, our babies were born there, made their first steps there, talked their first words, went to school for the first time, played in the neighborhood, made their first friends. We also had great times there, some bad too of course. I want to  keep in my memory gatherings and laughs and parties with friends. By now, the apartment must look already very different, as new renters arrived on August. It makes me feel melancholic because for some reason I still feel it as ours, even if we are settling without problems here.
Looking at photos of my previous home, I realize how long it takes for a house to take its final look, suppose there is such thing as "final look" when we talk about a house, and how many things were left unfinished, in terms of decoration and organisation, despite the eight years we spent there.

So here is a photograpic farewell to my old home: 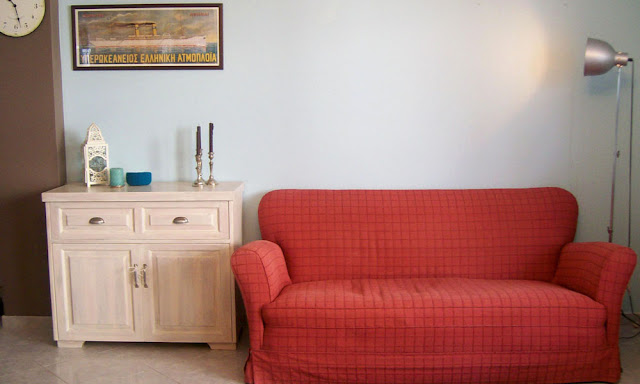 the sofa a few years ago 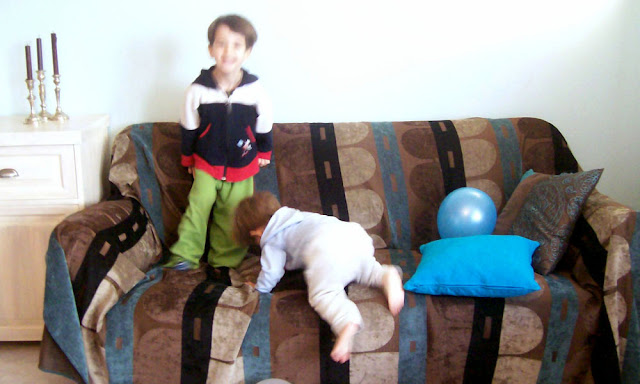 and later with babies jumping on it. 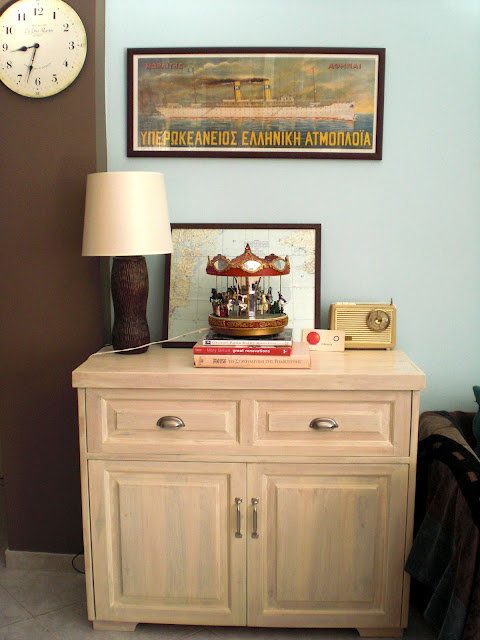 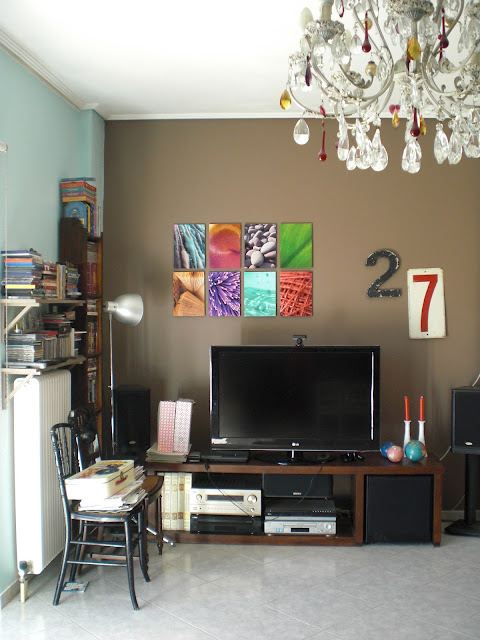 My small collection of vintage numbers was left unfinished (and yes, I know, no 7 is bending). 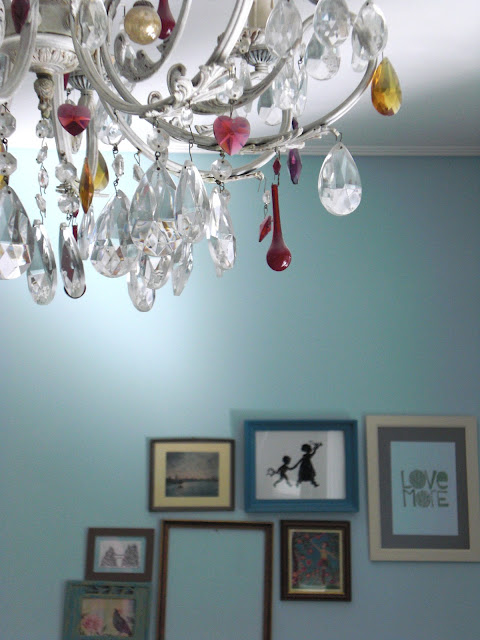 I also never completed the framed collection over the sofa, something was missing from the upper left side. I couldn't even decide if I would leave the empty frame empty or put something in it and what that would be. 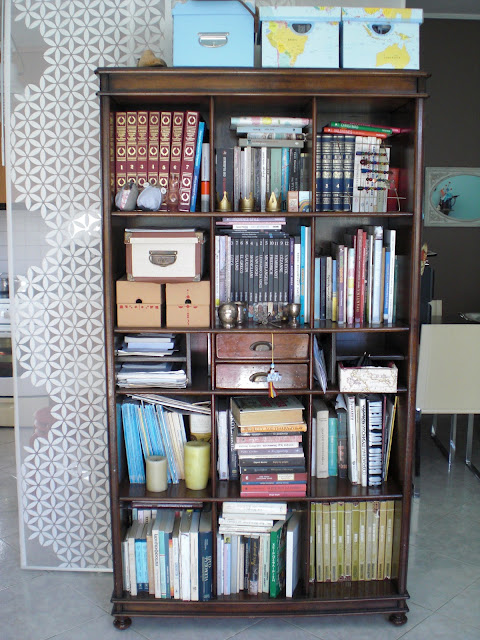 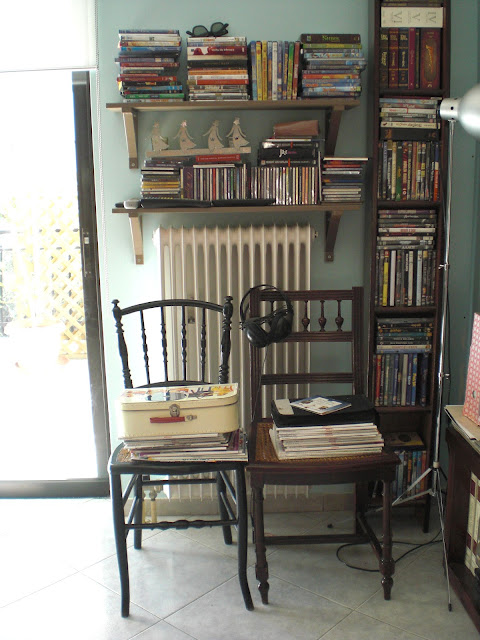 I didn't know what to do exactly with my two vintage chairs, I started leaving magazines and cds on them and they ended up as extra shelves. 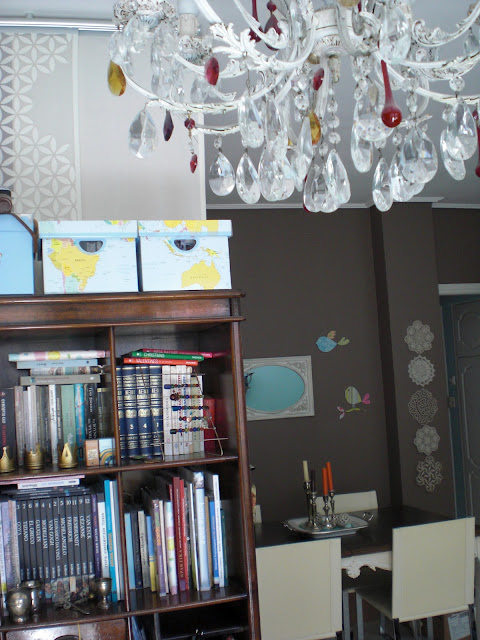 A corner of the dining room. I never replaced the mirror which was too small for the wall. I also wanted to remove the paper birds as I found them too cute and childlike for the spot, but as I had used blu tack to hang them, I knew I would find oily stains underneath and was so bored to repaint the wall. 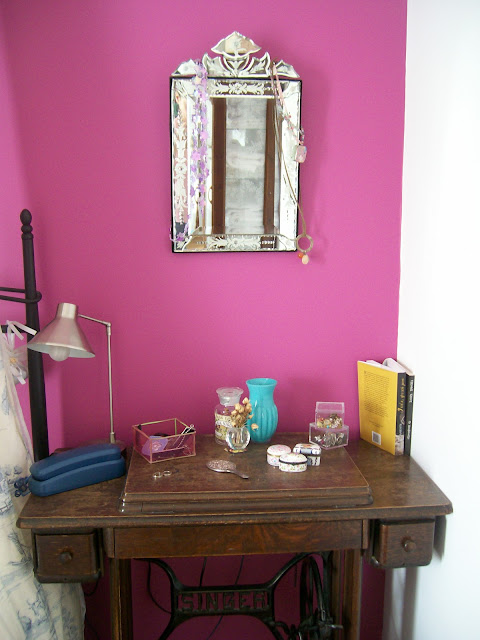 A corner in the master bedroom. Unfortunately I don't have any photos from the bed and the bed canopy, after eight years it decided to almost collapse on our heads the night before I had planned to take some pictures. 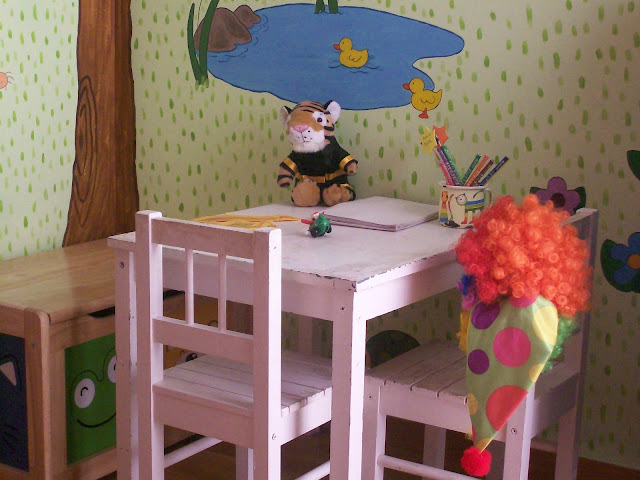 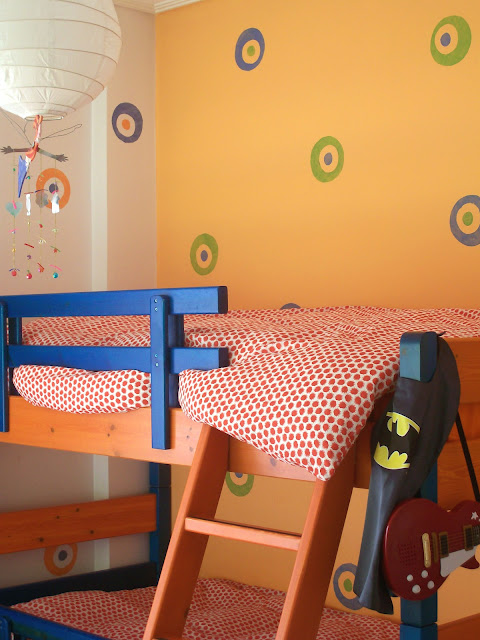 The kids room was very small but I had done my best to make it a happy place.

That was my dearest old home, but I think it's time to say goodbye and move on. Besides what matters is having with you your loved ones.
Everything you saw in the above pictures was taken to the new house were it has to make company with things that already existed here. Many things will change place and use, it 's a game I like to play  because I feel everything is new again. Lots and lots of work to do for sure but my favorite one. 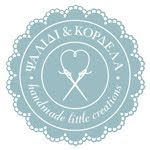